We are excited to introduce our very first guest post from our friend Ashley. Dan first met Ashley when we moved to Melbourne as they both work for the same company. They bonded over a love for the TV show Survivor and became great friends.

Some of his story was featured in the first post of our Keto Approaches Series. Ashley has had an interesting ketogenic  journey and we hope his story can help you with navigating your keto lifestyle. 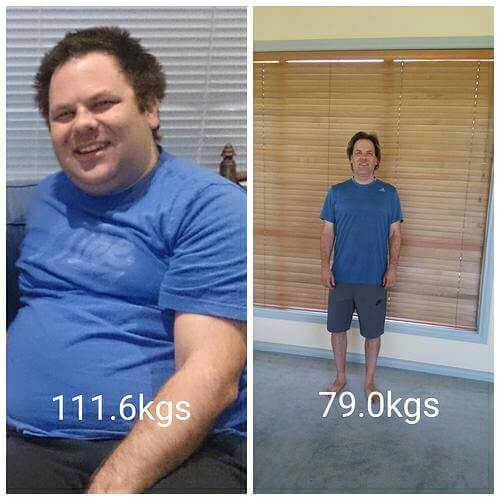 My journey to ketosis and the keto “diet” has probably been very similar to most other people. But the purpose of this story is not to tell you how to keto, or how to lose weight. It’s ultimately about the importance of sticking to keto. And let’s be honest, why would you give it up! But it’s a lesson I’ve had to learn the hard way.

I had struggled with weight issues for some time, and had tried many different methods to stay healthy, none of which really stuck around for long.

A bit of background first. I was always very fit when I was younger and honestly never had to even think about my weight. I grew up on a tennis court, moving in to coaching as I got older. I was also a sprinter, and dabbled in hockey at school. I suspect I was burning through so many calories that it didn’t matter what I ate. My metabolism was also pretty good.

But that all changed when I hit about 24. Suddenly, I didn’t have as much time for tennis. I was no longer coaching and was either studying or sitting down most of the time. I also got three knee injuries over 3 years, which was the end of tennis and most other sport for some time.

But I didn’t change my eating habits to compensate for the more sedentary lifestyle…..and the weight gain started. I’m now 37 years old, and over that time I have successfully lost weight, and then put it all back on again, 3 times. 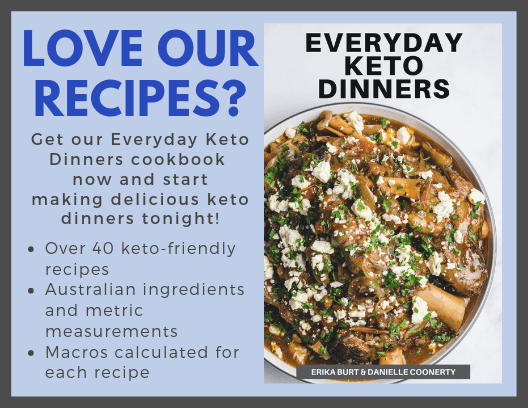 The first time, I joined a gym and started eating less. I went religiously, exercised a lot, and really stuck to my diet. I went from 92 kgs (the heaviest I’d been at that point) to 78 kgs in 3 months. I thought “job done” and promptly stopped going to the gym and went back to my old eating habits. Needless to say, I put back on all the weight I had lost, and added a couple of kilos for good measure.

Two years later I decided enough was enough, and began exercising again. I rode my bike to work, which was a good two hours riding a day and not an easy ride. I cut out the “junk” and moved to salad wraps, and cut my calories down a lot. This time I went from 94 kgs to 80kgs.

I told myself that I’d keep it off this time. But slowly and surely, the junk crept back in, to the point where I basically gave up and ate what I wanted. Bad move. I got up the courage to get back on the scales and was astounded to find I was 112kgs. The heaviest I’d ever been in my life.

I should have known, because it was getting hard to tie my shoelaces up in the morning, and I’d had to buy a whole new set of clothes. Not much fun.

I wasn’t particularly motivated, but knew something had to be done. I couldn’t stay that weight, or put more on. By now I had two small children who mean the world to me, so things had to change.

I started doing Optifast. For those who don’t know, Optifast is a meal replacement program, where you replace all three meals a day with diet shakes. You can have two cups of green vegetables, and a teaspoon of olive oil on top of that. 800 calories a day.

I did that for 3 months, god only knows how. As I usually do, I started to research a bit about how this diet worked and I discovered the magic of keto. On 800 calories a day, and with relatively low carbs, your body will switch to ketosis on Optifast. Which makes the first 3-6 days an absolute killer, but it becomes easier after this.

I started to look more in to ketosis and discovered there was a whole way of eating centred around keeping your body in this fat-burning state. I also learned that Optifast only puts you into mild ketosis (around 0.7) and the shakes actually contain quite large amounts of sugar.

I learned that optimal ketosis levels are around 1.5 to 3.0. A range I was never going to get to on the shakes. It also started to feel wrong to be downing the sugar in the shakes. I thought about swapping the shakes for a full keto diet. 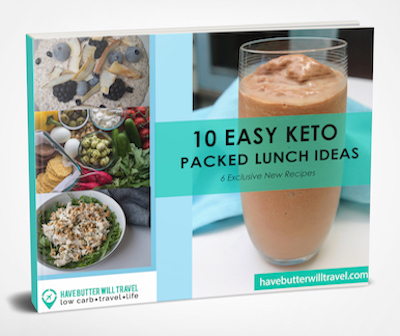 Success! Now check your email to get your free eBook

Wait. Dan does Keto? Can she help?

At this time I happened to notice a friend joined a keto group on Facebook (Have Butter will Travel’s own Dan!). I asked her if she did keto and learned a whole lot more about the lifestyle. She put me on to The 2 Keto Dudes podcasts, and the rest fell in to place.

I swapped to the keto diet and ditched the shakes. I found because I was already in mild ketosis from Optifast, the transition was pretty smooth. And I could eat food again! I was pretty diligent. I recorded my macros with My Fitness Pal, and bought a blood keto device so I could measure my actual blood keto levels. I got up around 2.2 and then 3.0 levels of keto.

My appetite largely disappeared, so I found I could skip breakfast. Then I could quite comfortably skip lunch, having a cup of bone broth with some salt to keep me going. I’m not saying this is necessary on keto, but it worked for me.

I remember I had some issues. For a while, I would become exhausted after eating anything. Strange, but it only lasted about a week. Then I started getting pins and needles in my hands. Turns out my electrolytes were a bit out, so I added magnesium supplements and more bone broth.

Problem solved and it was smooth sailing from there. I went from 112kgs, to my goal weight of 79kgs. People obviously noticed the weight loss, I got new clothes, and felt great. As a nice side effect, I also noticed the benefits of a more even mood, more energy, and clearer thinking. All the perks of keto!

Not that slippery slope again

But, sadly, I once again repeated my mistakes and slipped back in to old habits. I remember it started with a bowl of ice-cream, with the intention of getting right back to keto the next day. A week later, another bowl of ice-cream. The ice-cream continued. I was booted out of keto and booted back in with the glucose burners, and all the issues that entails.

To cut a long and depressing story short, at the end of last year I was pushing 100kgs again. Determined not to get over that figure, I woke up to myself and started ketoing again. I’m now back down to 92kgs, with 79 kgs back in site. But this yo-yoing has to stop.

I’ve learned a lot. I’m not one of those people who can have a “cheat” meal. I’d love to be, but I’m not. Keto has to be a lifestyle for me.

And here’s the way I look at it now. I also suffer from asthma. Asthmatics take preventative medication to allow them to breath. Or a reliever if breathing becomes difficult. The preventer allows you to more or less forget that you have asthma……but it’s not curing the asthma. You’re still an asthmatic, but it’s treated.

You stop taking the medication and you have trouble breathing again. This is how I treat keto. For whatever reason, I have weight management issues. And keto is the both the preventer and the reliever. It’s not curing (although some would argue it is) my condition, but it is treating it to the point where it doesn’t affect me.

So my advice would be, if keto works for you, stick with it. You work so hard to get into ketosis, reap its benefits and treat your condition. Don’t give that up. Keto is medicine for us.

If you have a story you would like to share send us an email and we might just share your story with our readers. It’s important to show the versatility of keto and how different people make it work for them. We plan to share more stories like this in the future.

Check out our other success stories. 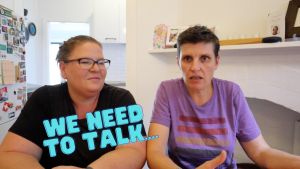 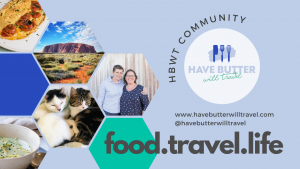