We love cooking and recipe creation, but we never thought we would have to create a raw cat food recipe! We used to feed our fur babies cat food from the supermarket and never really thought much of it. When one of our girls became allergic to the food she was eating we got to work researching a solution.

To save you some time, we wanted to share this raw cat food recipe in case anyone was going through a similar experience with their precious kitties.

Our girls, Scout and Gem, were born on the 1st of October 2012, in foster care, after their pregnant mother was dumped by her owner. They were part of a litter of four and once they were 12 weeks old they were put up for adoption.

We had decided we were ready to bring pets into our lives and started looking for rescue kittens and found this litter through Hunter Animal Rescue. We went and met them and fell in love immediately. They quickly became a part of our family and we have loved watching their personalities grow.

They are inside only cats and are very spoilt. They love to wile away the hours sleeping on the bed while Erika works. Scout is the tabby and is cheeky, mischievous and loves to explore. Gem is the white and black one and is more reserved, loves to sit near us but not on us and can be very demanding when she wants a pat.

At the beginning of 2017 Gem developed a sore on her neck, which resulted in several visits to the vet as she would scratch it obsessively. She was given cortisone tablets and we were advised that she was likely allergic to the food we were giving her.

She also had to wear a “scarf” to stop her from scratching the sore. We were given a hypo-allergenic dry food from the vet and advised if it continued she would need to be on the drugs for life. This prompted us to do some further investigation, as neither of them were very happy with the new food and we wanted to see how we could change their diet to a more real food one.

When we first introduced it, we just added a little bit of the raw food in with their regular food to make sure they didn’t have any reactions to the change in their diet. We noticed straight away that they loved our raw mix and finished all of that first. So, we quickly moved to feeding them a raw food diet. This started in 2017.

Since then we have checked with each new vet that they are happy with the food we are feeding them and it has always been met with a positive attitude.

Some of the considerations we needed to make when developing our raw cat food recipe were taurine and crunch.

We had a few people questioning how our cats get enough taurine if they are not getting it through commercial cat food. Our research showed that organ meats are a great source of taurine for cats and that is why livers and hearts are part of what we include in our mix.

The other consideration we found was that they need to crunch on dried or crunchy food for their teeth. We occasionally include chicken necks or chicken wings (Chopped up) so that they do need to crunch the bones when they eat it.

After doing some research we developed a raw cat food recipe and gave it a go. They loved it. The best thing though was Gem’s sore cleared up, the scarf came off and she hasn’t had a sore or itch since starting this food in May 2017. They have now been eating this food for 3 years and have been doing really well. 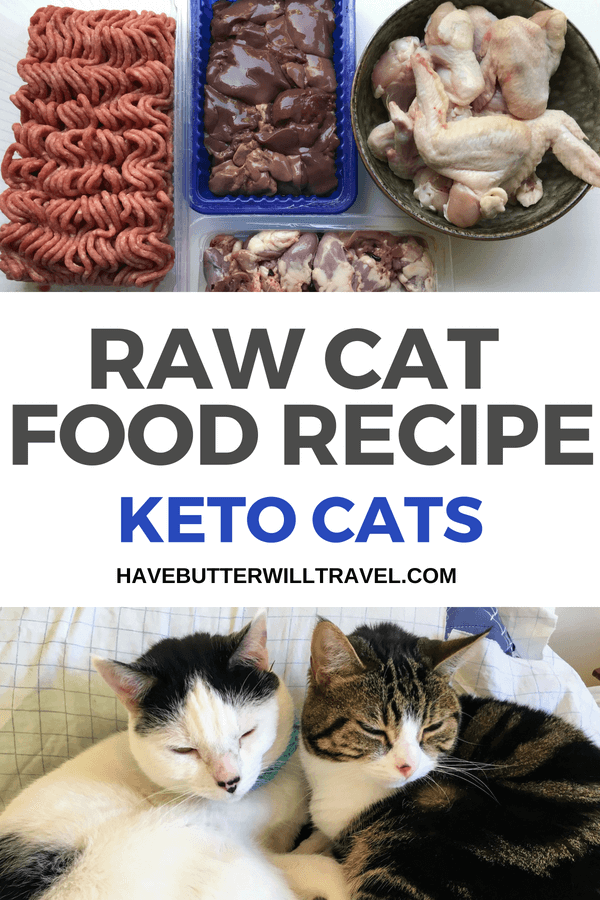 Have you tried feeding your pets a raw real food diet? Let us know your experience in the comments below.

Disclaimer: This is intended as advice only, also consult your vet prior to changing our cat’s diet. 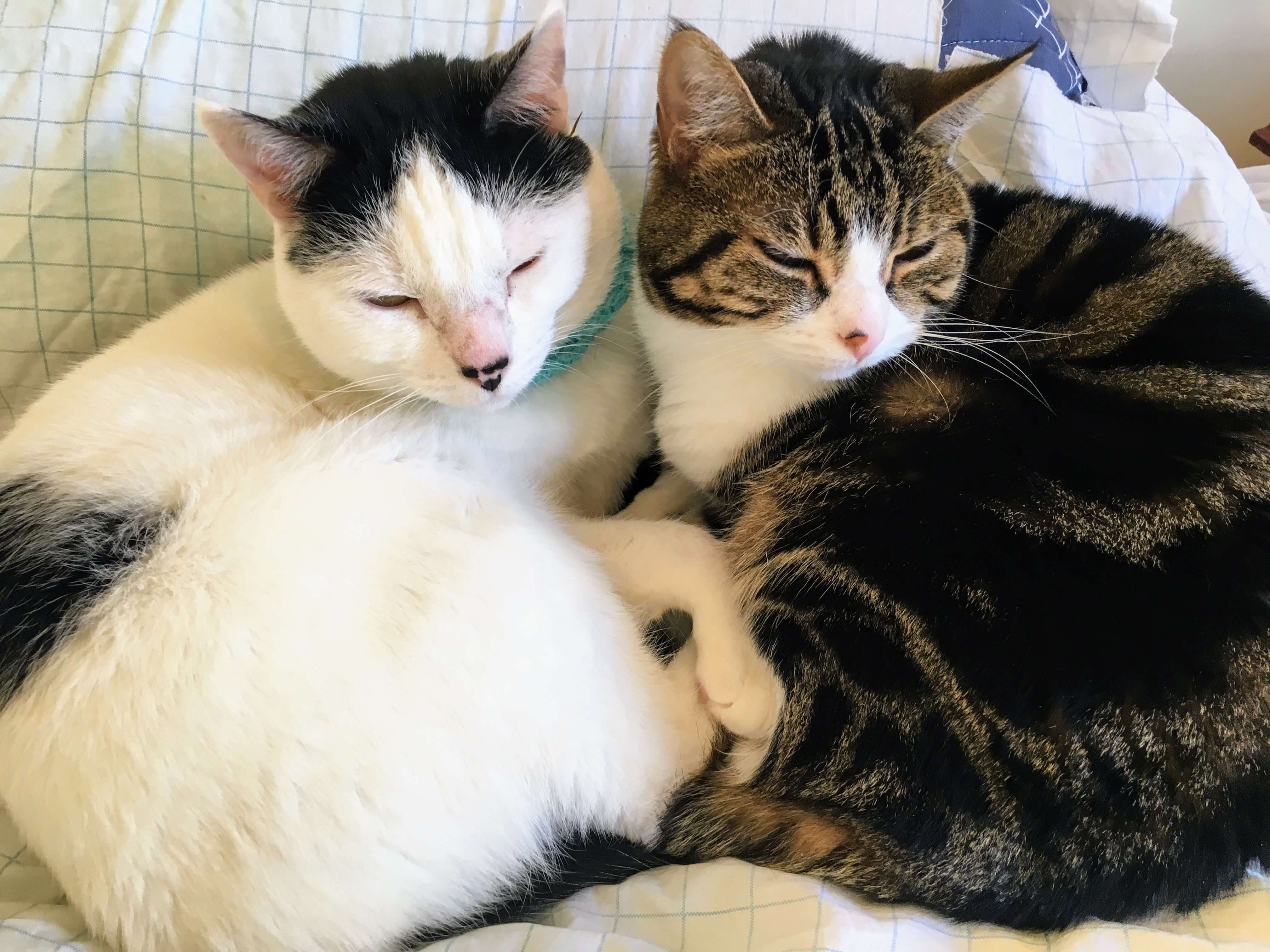 Hi! We are Dan and Erika the creators of Have Butter will Travel!
Erika loves creating quick and simple recipes and Dan loves being the chief taste tester.